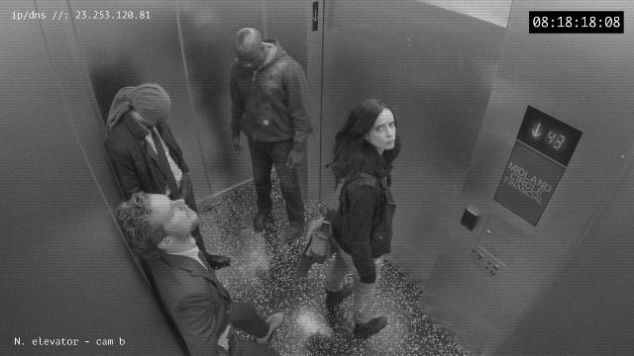 Marvel and Netflix have released the first glimpse of their upcoming Defenders series, and it also gives us the release date. Consider me excited and already eagerly awaiting the 18th August. END_OF_DOCUMENT_TOKEN_TO_BE_REPLACED 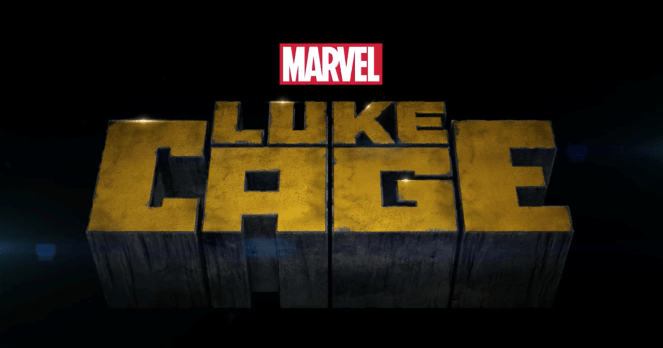 New Trailer For Luke Cage! The city has a new protector! Check out the new trailer and poster for Marvel’s Luke Cage! The cast of this new series includes Mike Colter as Luke Cage, Theo Rossi as Shades (a.k.a. Alvarez), Simone Missick as Misty Knight, Alfre Woodard as Mariah Dillard and Mahershala Ali as Cornell […] 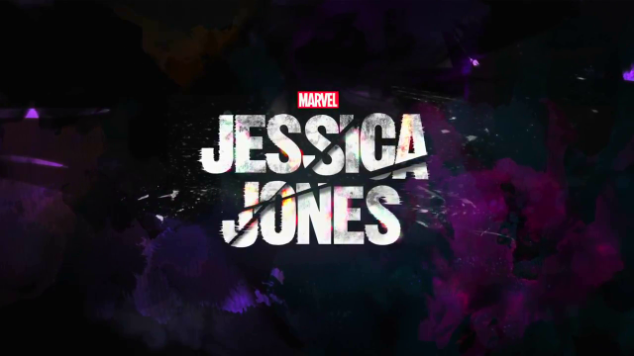 After a barrage of cool but short teasers, today gives us the first full length trailer for the November release of the series: and its cool. END_OF_DOCUMENT_TOKEN_TO_BE_REPLACED

So I’ve already touched on my thoughts about the golden age of comic book adaptations to the big screen, and why I feel that there is still work to be done for this to be truly accurate despite some very good adaptations appearing over recent years. But we all know that comic books are now gracing the television screens within our homes as much more than before, so is this the true future for adaptations? Well here are my thoughts. END_OF_DOCUMENT_TOKEN_TO_BE_REPLACED 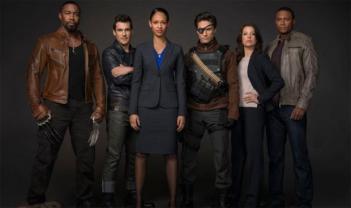 So earlier on this week, I produced a piece around upcoming comic shows based on properties that may have been new to some of the readers and viewers out there- well this time its the turn of the big boys/well known properties. Most of the shows listed here, are from the two big companies (DC & Marvel) and the characters should be recognisable to even the smallest of comic book fans. But that doesnt mean these can be the next big comic book property to hit the small screen- so lets take a look at what we have….. END_OF_DOCUMENT_TOKEN_TO_BE_REPLACED

It needs to be said that this week has been a huge week for the comic book based superhero on television- not only because both ‘Arrow’ and ‘Agents of SHIELD’ took a positive step in the right direction, but because the future is looking nearly as bright as a gamma explosion for superheroes.
There have been some major announcements this week relating to what we will soon see on the small and big screen from a multitude of companies, so let’s see what it all means…..

END_OF_DOCUMENT_TOKEN_TO_BE_REPLACED

So it’s been rumoured today that Marvel has a huge plan for its television universe- and most of this lies on the back of Agents of S.H.I.E.L.D’s success. That rumour suggests that Marvel are looking at 4full seasons of differing shows and a mini series, which may be touted to video on demand services.
Now we all know that thinking big has really helped the Marvel cinematic universe flourish and even has non comic book fans clamoring for the next Avengers instalment- but is this move too ambitious?
In all honesty, I dot think so. Marvel has shown that they can take heroes few people outside of comic book fans know, and turn them into massively believable and enjoyable movies and worlds- take Thor as an example. And the transition of success that Agent Coulsen has had from the movies, to television and to comic books shows just what thinking big has done for the Marvel name.

So if Marvel are going to do this- what should they produce, here’s my thoughts:

This has been rumored for a while now at Marvel, mainly due to the comments from Hayley Atwell who played Agent Carter- and her desire to step back into the role. This was again hinted at By Marvels television executive Jeph Loeb at New York Comic-Con this past week, so surely this has to be in the running.

Id hope for the series to focus on the time period post war, and after Captain America is frozen in ice. The series could easily be set-up to follow Agent Carter, and her team if needed, as they attempt to put a complete stop to the last remaining remnants of Hydra just as Captain America had died to do. This could also introduce a great villain in the form of Baron Zemo, who could look to pick up the pieces of Hydra along with Arnim Zola (who we did see in the movie) just as they have done time and time again in the comic books. This could be a really good explanation as to how SHIELD got hold of all the Hydra weapons seen in the Avengers.

Now this is a series that is definitely a great fit for a television show. Consider this show the introduction for Luke Cage, Iron Fist, Moon Knight, Silver Sable and maybe even Elektra.
Now this would be a great way to keep the Marvel universe focused on fairly grounded super powered individuals and as the team work mainly in New York also plays nicely into the heroes rising post the ‘Invasion of New York.’

The premise of the story could focus on Luke Cage and Iron Fist working in New York on jobs for the government, SHIELD or the everyday citizen that require more than the private detective to solve- similar to the comic book concept. I would keep the door open for other characters to rotate in and it as the missions demand it.

While this sounds similar to SHIELD, the shear wealth of team members to introduce and pull from could make this a real standout show- not too mention it has enough super powers to differentiate from Agents if SHIELD. Have i mentioned that Falcon was a member of this team, and can be seen in the Avengers2- nice tie in huh?!

This is easily the most mature of the TV shows I’m pitching here- but now Marvel has the rights to Punisher movies back why not get him on the television. This may seem an odd choice- but lets look at this logically.

Firstly Marvel have an image in the background of Iron Man3 that looks very much like a Punisher skull logo in the Mandarins room, although Marvel have officially confirmed this wasn’t a hint and was just artwork from a famous artist, are we really supposed to believe this was an oversight? The company who have paid so much attention to secrecy, getting everything right and making use of advertising techniques merely didnt notice this similarity?? I say that cant be right.

So if the Punisher is to come to the screen, he needs to be the real Punisher- no holds barred full war on crime. Think of this as a similar show to Arrow (the firs superhero to actively kill on tv) but with all the guns, explosions and torture that we expect from this title.This would be a great way for Marvel to re-introduce the character who has faltered a little at the box office, but does have a great fan base. This series needs to really see Punisher take his war to the mobsters and criminals, the only real focus needs to be on him. We don’t need an overarching villain as we all know Frank Castle has a real one man war against the mob- so keep it simple and gory and it would easily pull in viewers. 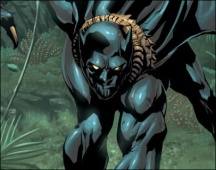 T’Challa in his full glory

This is a character that has always been to me Marvels Batman. He’s a regular man who has a great responsibility to his people, a great wealth and a really great knowledge of martial arts and fighting. Seeing a young T’Challa earn the right within his tribe to be given the title ‘Black Panther King’ would be a great television moment- not to mention being given our first glimpse of Wakandan nation of the Marvel Universe (It wasnt actually referenced in Wolverine: Origins).

This show could easily focus on Black Panther and the struggles his nation and tribe have with the opposing nations and their desire to get the technology held by the Wakandan’s. This could also easily lead to the introduction of Klaw to the Marvel universe as the big baddie in the series trying to acquire rule of the kingdom and as much Vibranium/Adamantium as he can get his hand on.

For a series run this would be a good way to introduce a future Avengers member to the watching universe. 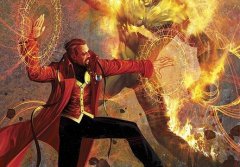 Surely this needs to be TV

This would be a great show for Marvel to produce on television. This would not only solve the question that Marvel has pondered- ‘Magic or Science’ but could also be easily linked to the cinematic universe through the relationship between Stephen Strange and Wanda (Scarlet Witch) The series focus on Stephen as a world renowned doctor who loses the use of his hands in an accident- to then give up anything and everything to return the use to those same hands, but only finding magic as the answer would be a great story to tell.

Add to that the fact that seeing magic performed by the sorcerer supreme as he takes on the bad guys in the magic realms such as Dormammu, could really provide some striking visuals that could be unlike anything Marvel has produced on television yet. I fully understand that this isn’t one of the big properties that could draw people in but this could easily be one of the best shows that they have yet to produce. Add to that the fact that having Stephen /strange in the Marvel universe opens up all sorts of possibilities (could he of brought Coulson back to life) while offering another option for Marvel to Build on the Heroes for Hire team that could eventually lead to a full Defenders mini series (all it would need is a Hulk)

So thats it from me, feel free to let me know what you’d like to see