This weeks new books are about to land in stores, and with so many titles arriving here’s what I think is worth your money this week. 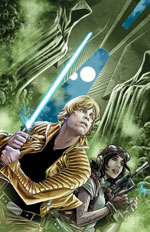 Official Synopsis: Rebel pilot and rogue archaeologist wander side by side into the darkest shadows of the galaxy as Luke Skywalker reluctantly teams up with Doctor Aphra! The Doctor makes Luke an offer he can’t afford to pass up…one that leads him to a very rare gathering at the heart of the infamous Screaming Citadel. Will Luke find what he’s looking for? Can Aphra be trusted? Or will they both wind up victims of the Citadel’s Queen?

Why it’s a Pick: This is the first Major crossover since Marvel took the helms, and it gives us the wondrous Dr Aphra teaming with Luke Skywalker- and this alone sounds utterly exciting. This should be an epic crossover in every way and I’m excited to see where the story goes and what it gives us. Will Aphra tell Luke she worked for Darth Vader and how will he take that? And what is the artefact that Luke is after? This should be the top book of this week? 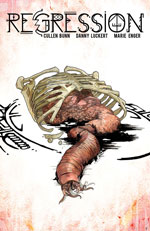 Official Synopsis: Adrian is plagued by ghastly waking nightmares. To understand and possibly treat these awful visions, Adrian reluctantly agrees to past life regression hypnotherapy. As his consciousness is cast back through time, Adrian witnesses a scene of horrific debauchery and diabolism. Waking, he is more unsettled than before, and with good reason—something has followed him back. Adrian descends into a world of occult conspiracy, mystery, reincarnation, and insanity from which there is no escape.

Why it’s a Pick: Cullen Bunn does supernatural horror books well, and a new titles from him is exciting. I like the element of occult conspiracy being added into the mix here and having this set in the modern world should help give it a different feel to Harrow County- but if its anywhere near a s well written and produced this should be astounding. 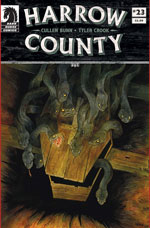 Official Synopsis: The death of one of Harrow County’s most powerful magical forces leaves a void in Mason Hollow. Bernice is forced to choose between her oldest friend and her own future when she’s offered powers beyond her wildest dreams . . . and the chance to save her home from destruction!

Why it’s a Pick: Harrow County is consistently one of the top titles released, and that is full credit to Cullen Bunn for the amazing job he has done of crafting characters and a fully engrossing world. Also seeing Bernice at the end of the last issue killing the Haints was a huge shock- and the stand off between her and Emmy should be utter amazing.

Star Wars steals it this week- the promise of a joint adventure between Skywalker and Aphra is jut too good for anything else to be taking the top title this week. If your a Star Wars fan or even just a fan of great story telling then you really need to get yourself a copy of this.