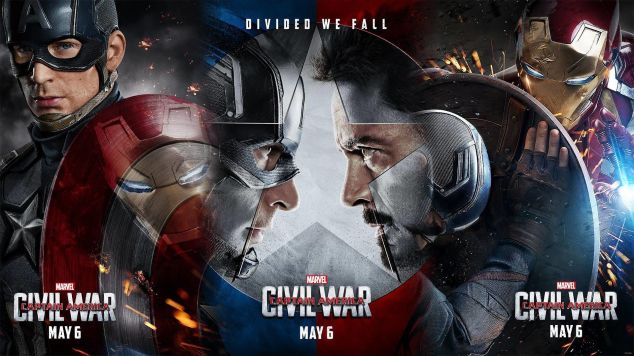 I was lucky enough to get out last Friday night and see this movie, and it is simply one of the best movies that Marvel has managed to produce. It doesn’t disappoint in any aspect, the new characters are brilliantly done, the story makes logical sense, the ending sets-up the future nicely and the action is epic and amazing.

This is the third movie in the Captain America series, and with Winter Soldier being my favourite of all the Marvel movies to date I had really high expectations here and I was not disappointed. The premise for the movie is simple (and follows the comic book story of the same name) after a world altering event involving superheroes; in this case the death of T’Chaka the Wankandan King due to Scarlett Witch’s actions the world governments decide that superheroes and the Avengers can no longer be ‘un-checked’ and should register to only be used and called upon when agreed by the UN. While this premise is slightly different to the comic books, it works brilliantly- as it sets up Tony agreeing after seeing how many the incident in Sokovia killed while Cap refuse to allow this to happen as he knows that agreeing means that Bucky (assumed to be responsible for a huge explosion early on) will be charged with murder and for all his previous crimes as the Winter Soldier. From this moment on the film becomes about two friends on warring sides trying to both do what they feel is right- eventually leading to a confrontation between the two teams, and later on the three main rivals themselves. This story is simply told, but has so many personal layers for each of the characters and watching them pick and choose their sides and teams is brilliant- not too mention the sub plot that this could have all been set-up to cause the Avengers to disassemble from within.

Alongside a great story, Civil War also gives us a few big names from the comic books first ever appearances on the MCU stage and this is huge. Marvel have managed to give us Black Panther- who wants revenge for the death of his father and blames Bucky alongside Spider-Man who joins team Stark after a brilliant interaction between the two at Peters home. Marvel have nailed both of thee characters, I’m not sure I have ever seen Spider-Man portrayed better on screen- from the moment he arrives he’s a shy and geeky kid full of one liners and the ideology of using his powers responsibly. Getting to see him in action too was amazing- he has a great moment fighting both Winter Soldier and Bucky on his own where he gets to showcase everything I love about the comic book version of the Wall crawler and I hate to say it but he steals the show with ever scene he’s in which only makes me more excited for ‘Homecoming’.

Black Panther on the other hand is shown to be a real bad-ass from the moment he arrives suited up- he instantly engages in a chase with both Bucky and Cap that he gets the better off and has some seriously impressive combat skills along with a brilliantly well designed and wonderful looking costume. T’challa is really done credit her by the movie as he has a lot of screen time, I thought his appearance may be fleeting, and he makes the most of it by putting himself front and centre of the conflict due to how personal it is to him; and having his tale of intended revenge is a nice side story and helps give his sudden appearance some story. The other new character we get is Crossbones, who doesn’t get as much screen time as I thought but what he does get is impressive and well done! Crossbones is the first antagonist in the movie as Captain America and his team try to stop him stealing a biological weapon- and its in this situation that the explosion goes off and kills innocent people. Theres a great 1-1 firght scene between Crossbones and Cap that really shows off the power of both, along with the hatred Crossbones has for him, and the set-up for the registration this way rather than with Nitro killing school kids is a much better choice. 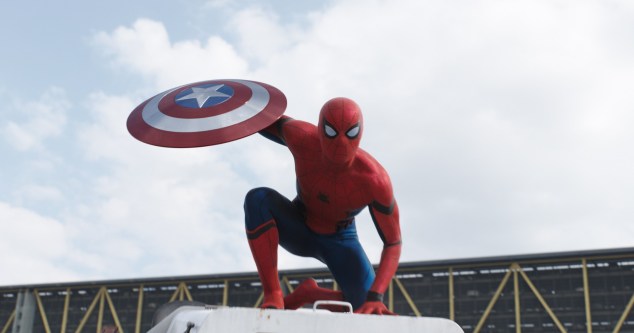 Alongisde the character introductions and the story, we all know that the superheroes present are vital to the success of any of these movies and with such a packed roster including; Cap, Iron Man, Hawkeye, Scarlett witch, Black Widow, Falcon, Ant man, Spider-Man, War Machine, Vision, Bucky, Black Panther, Crossbones and Baron Zemo this cast is packed full. With so many heroes you could be forgiven for assuming that not everyone gets any real screen time let alone enough to shine- however you would be massively mistaken as everyone has at least moment that is there’s and makes you realise how much you enjoy seeing them and care for them. One of the best is Ant-Man during the main confrontation at the airport who gets a few great moments along side Spider-Man and Cap. Speaking of which this scene may be the best single fight scene in any superhero movie to date- as its on a grand scale involves a whole host of powers and has some great choreography (I wont spoil the scene). Speaking of the action everything in this movie is so well presented, from the close-up combat of IronMan taking on Cap and Bucky which is so well shot and choreographed that you feel truly immersed to the huge sprawling airport scene that is on such a grand scale you cant help but be amazed.

This movie has everything you need from a Super-hero movie and while not being a Captain America movie specifically he is certainly the focal point for this amazing film- that you really need to go and see.