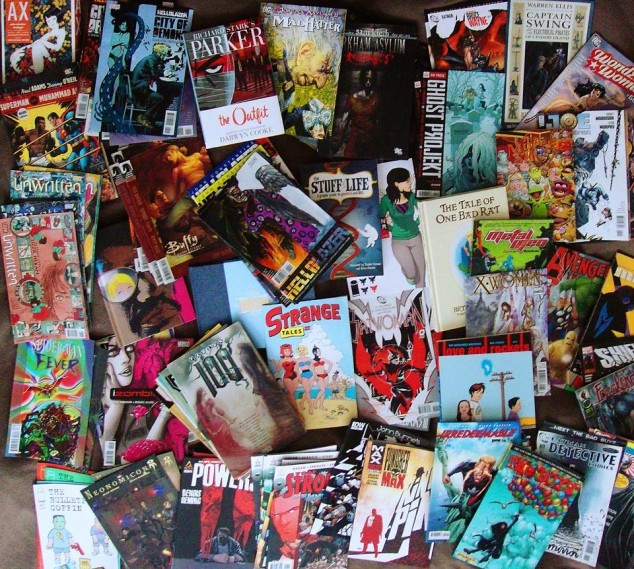 Wednesday is right around the corner, and that means that its time for a new batch of comic books to hit the shelves. So without any further delay here are this weeks picks of the releases. 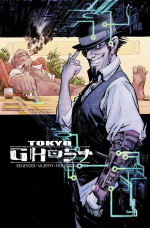 Official Synopsis: Flak world’s new CCO, Davey Trauma, is making some changes to The Isles of Los Angeles more to his suiting. How could it get any worse? You’ll see. Constable Led Dent returns to his brutal beat, but he’s haunted by a ghost from Tokyo.

Why it’s a Pick: This series has been a real breath of fresh air amongst all the superhero books that hit the shelves weekly; do’t get me wrong I love superhero books but when something this different and this brilliantly written comes along it feels all the better. Remender has been writing the hell out of his futuristic tale of technology (and it doesn’t feel impossible either) and has delivered some brilliant characters and a real distinct world. This is the kind of science fiction comic books was made for, and you really owe it to yourself to check this book out. Davey Trauma has grown from the original idea, to the overall villain almost in 4pages at the end of the last issue- but it felt right and like a good surprise, which is the reason I’m excited to see where this goes. 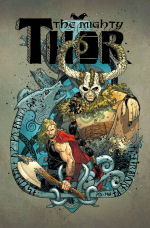 Why it’s a Pick: Thor has been on fire since Jason Aaron took over and with the greater role that Thor is playing in the All New, All Different Avengers and Marvel universe this title should be on everyone’s reading list. However the pace is set to change this time around, as we get a tale about the Odinson- who for the most part has been on the shelf since the shake-up. It should be fun to see him in the younger days as his brash and cocky self, and getting to see a viking looking Loki has me totally sold on this issue. 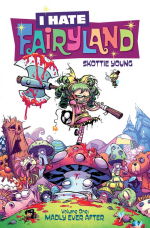 Official Synopsis: From superstar writer and artist SKOTTIE YOUNG (Rocket Raccoon, Wizard of Oz, Fortunately, The Milk), comes the first volume of an all-new series of adventure and mayhem.
An Adventure Time/Alice in Wonderland-style epic that smashes its cute little face against grown-up Tank Girl/Deadpool-esque violent madness. Follow Gert, a forty-year-old woman in a six-year-old’s body, who has been stuck in the magical world of Fairyland for nearly thirty years. Join her and her giant battle-axe on a delightfully blood-soaked journey to see who will survive the girl who HATES FAIRYLAND.
Collects I HATE FAIRYLAND #1-5

Why it’s a Pick: It’s very irregular for me to recommend a trade/collection over a single issue, however this title was brilliantly disturbing and full of cartoon violence that was enthralling to look at- and the story over the course of the first arc was brilliantly hilarious. This is an adult comic book at its best, it takes a nice and sweet childish idea and amps it up to an insane level with adult language, themes and ideas while retaining the kid friendly art style. Skottie Young has delivered a great book, and if you didn’t buy the single issues you should seriously consider this collection.

This is the book for me this week, nothing has me more excited than seeing how Davey manages to twist and change Led Dent and what more Remender can add to this brilliantly crafted world.