Here we have our first look at the villains for Amazing Spider-Man 2! I was slightly worried about the sheer number of villains in the film but this poster has me totally jazzed!

The most popular characters. The most acclaimed creators. The most ambitious stories. This is the recharged All-New Marvel NOW!

Join some of the industry’s top talent this January as they take the Marvel Universe in a brand new direction – starting with brand new stories providing a clean entry point for six of the hottest new series of 2014! 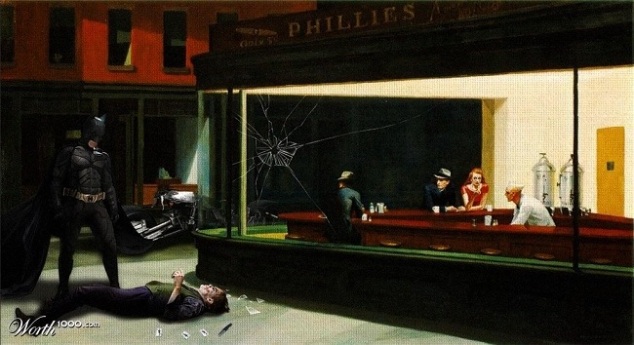 A collection of artists known as ‘Worth 1000‘ have long been photo-shopping celebrities into famous paintings from different eras, but have now moved on to adding superheroes into famous works of art- and have named this art ModRen. An example of this can be seen above- a Gotham City version of Nighthawks. they have also created a host of other images that can be seen below END_OF_DOCUMENT_TOKEN_TO_BE_REPLACED